Behind the Zine No. 2
– Of Berlin Fashion Week and Winter Wardrobes

Friends, lovers and consumers. It’s been exactly a month since we have been dwelling in ethical fashion fun at Berlin Fashion Week, working together with the Fashion Changers at Greenshowroom and Ethical Fashion Show Berlin. Before we tell you some exciting news about one half of us moving to Vienna, we want to dwell in Berlin memories one last time (of which you might have spotted a few impressions here already) – and everything else Slow Fashion related that crossed our way in our favorite Slow Fashion cities Berlin and Hamburg lately. 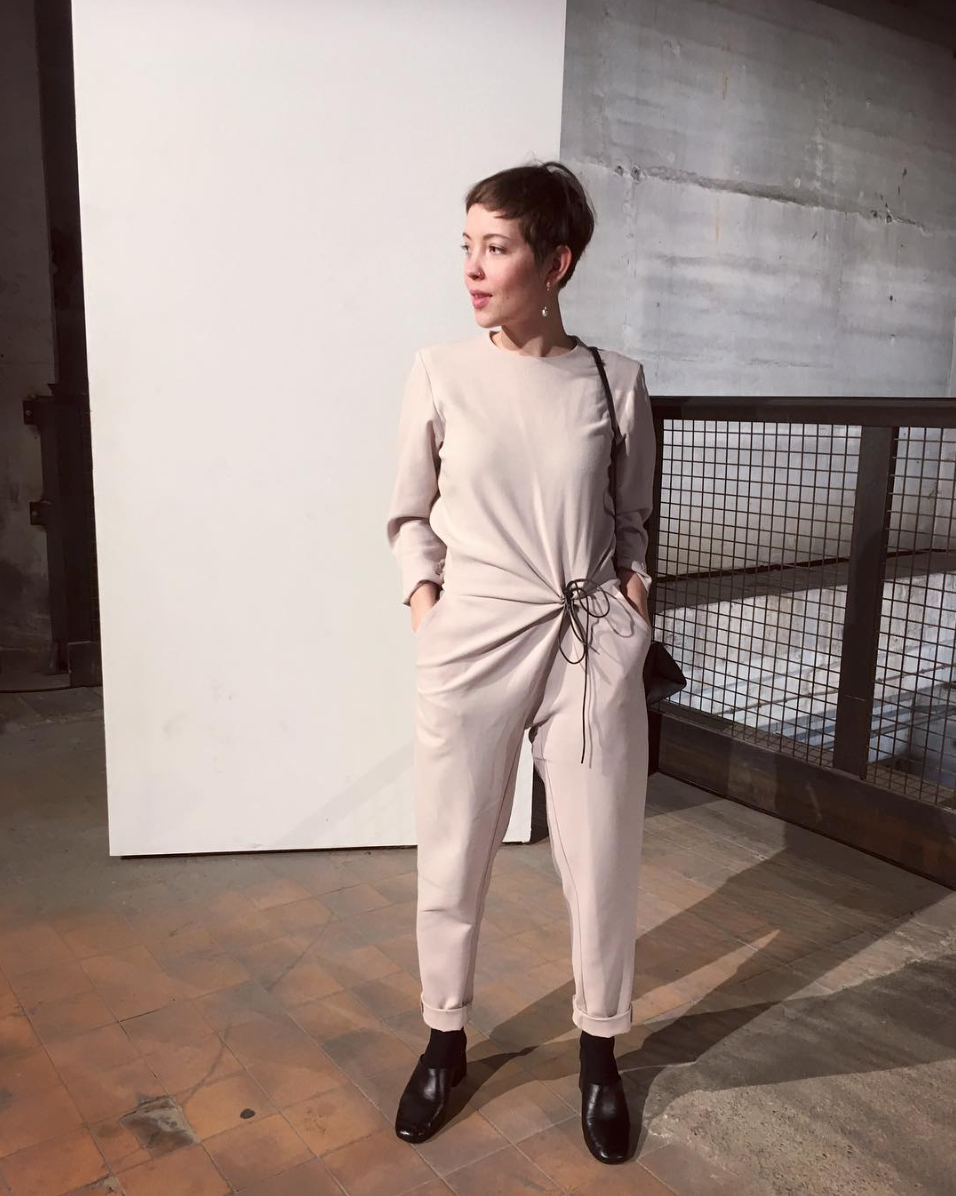 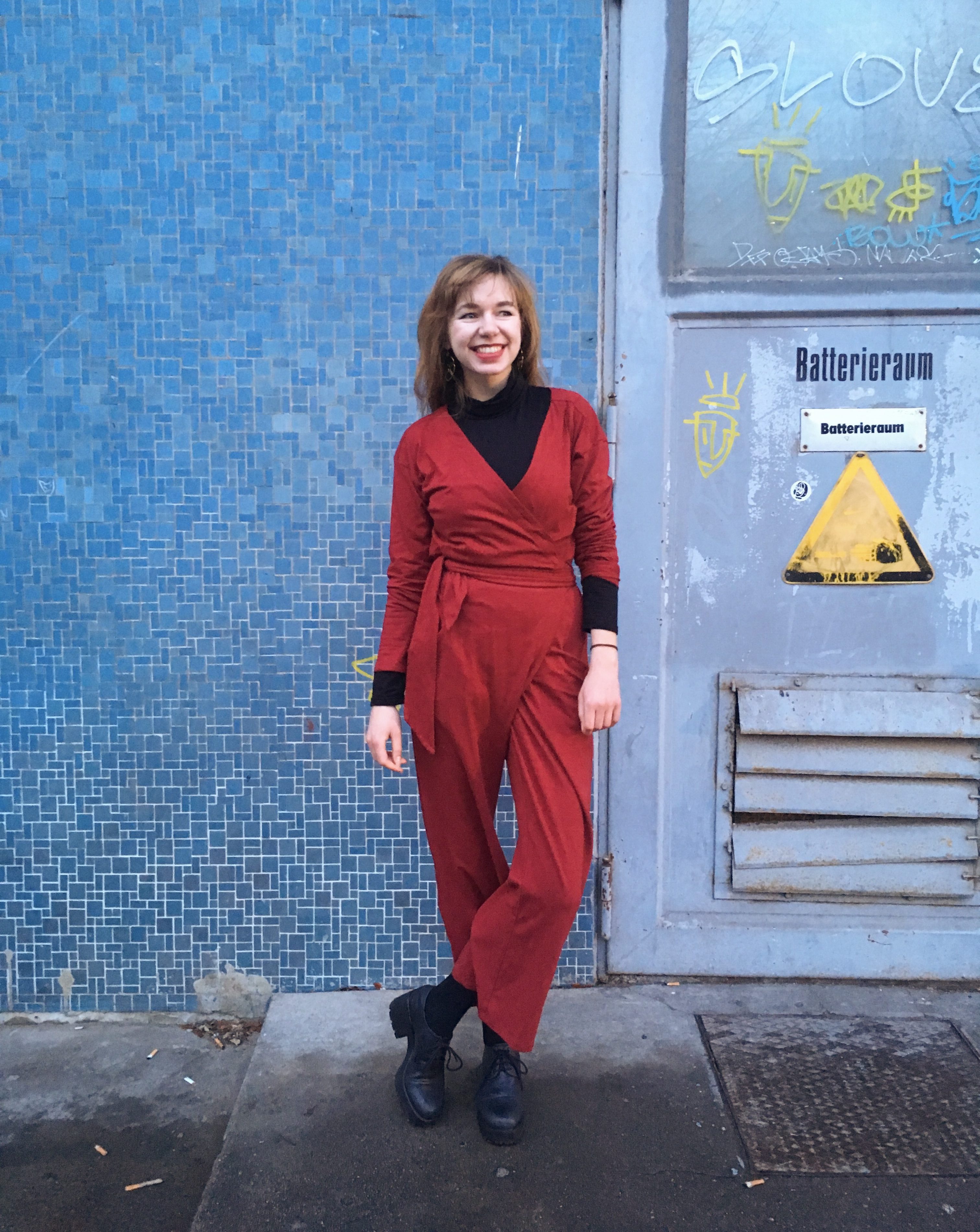 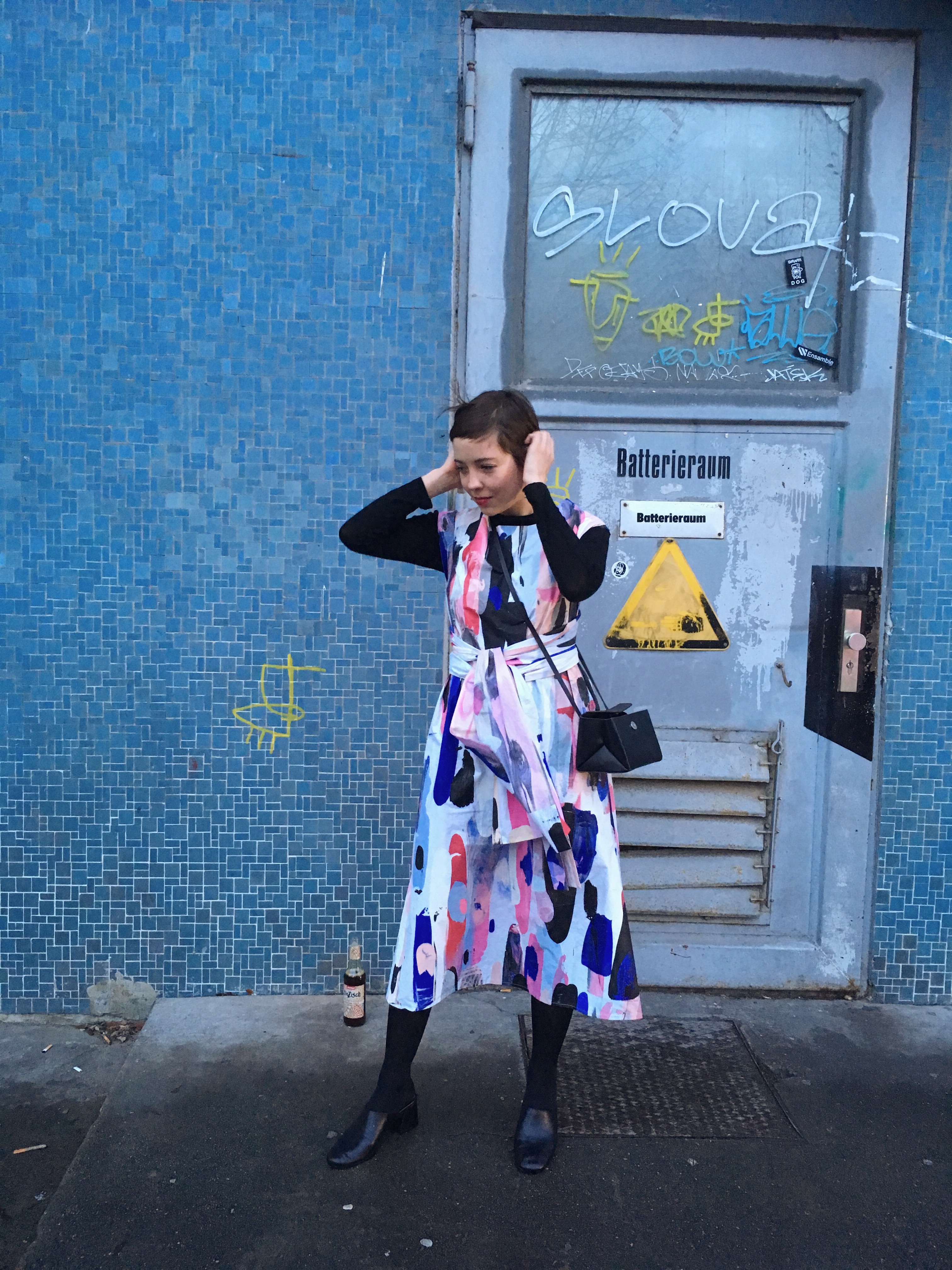 You may have spotted one Berlin Fashion Week Outfit of the Day already. To be honest: This year we didn’t take a proper camera along. We managed to take a few snapshots with our cell phone cameras in front of Kraftwerk Berlin, where the Gre,enshowroom took place this year anyways… to make a point about the pretty-damn-sweet-aesthetics of eco-fair fashion these days. Voilá, these labels were our best partner in crime during Fashion Week: Hamburg based local label Lies in Layers, La Palma based eco fashion label Suite 13 (which you could spot at Greenshowroom this year) and Berlin based social fashion project People Berlin! 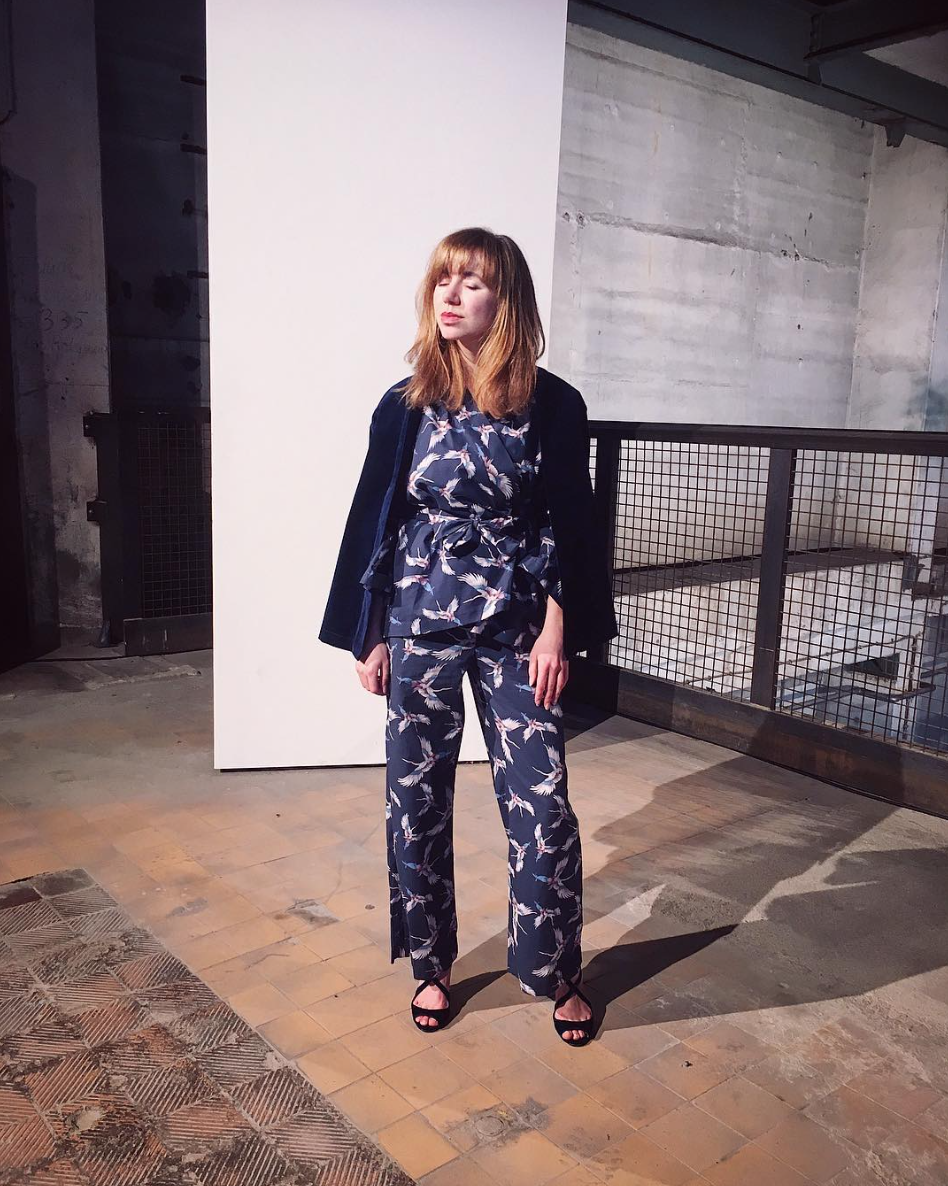 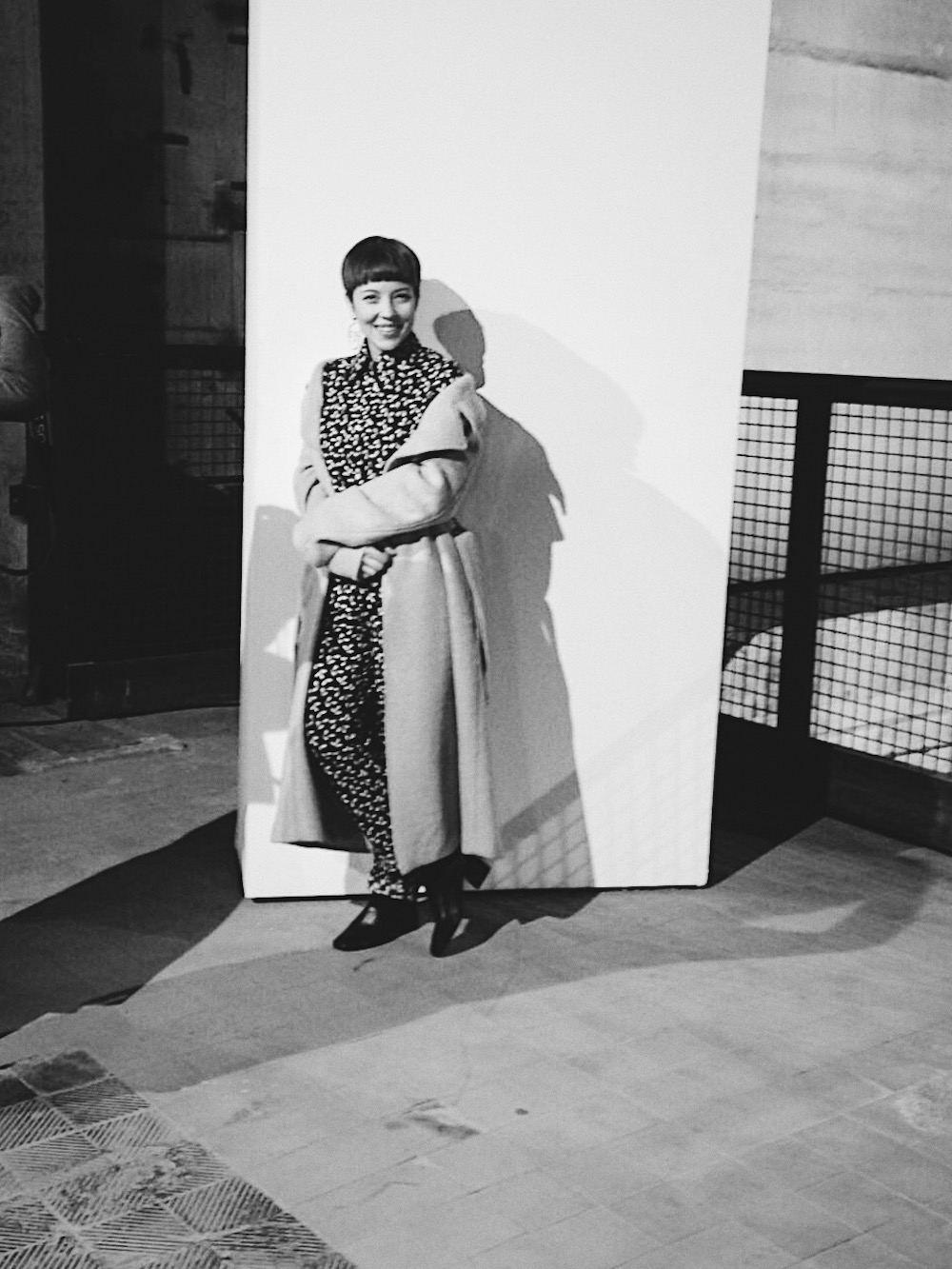 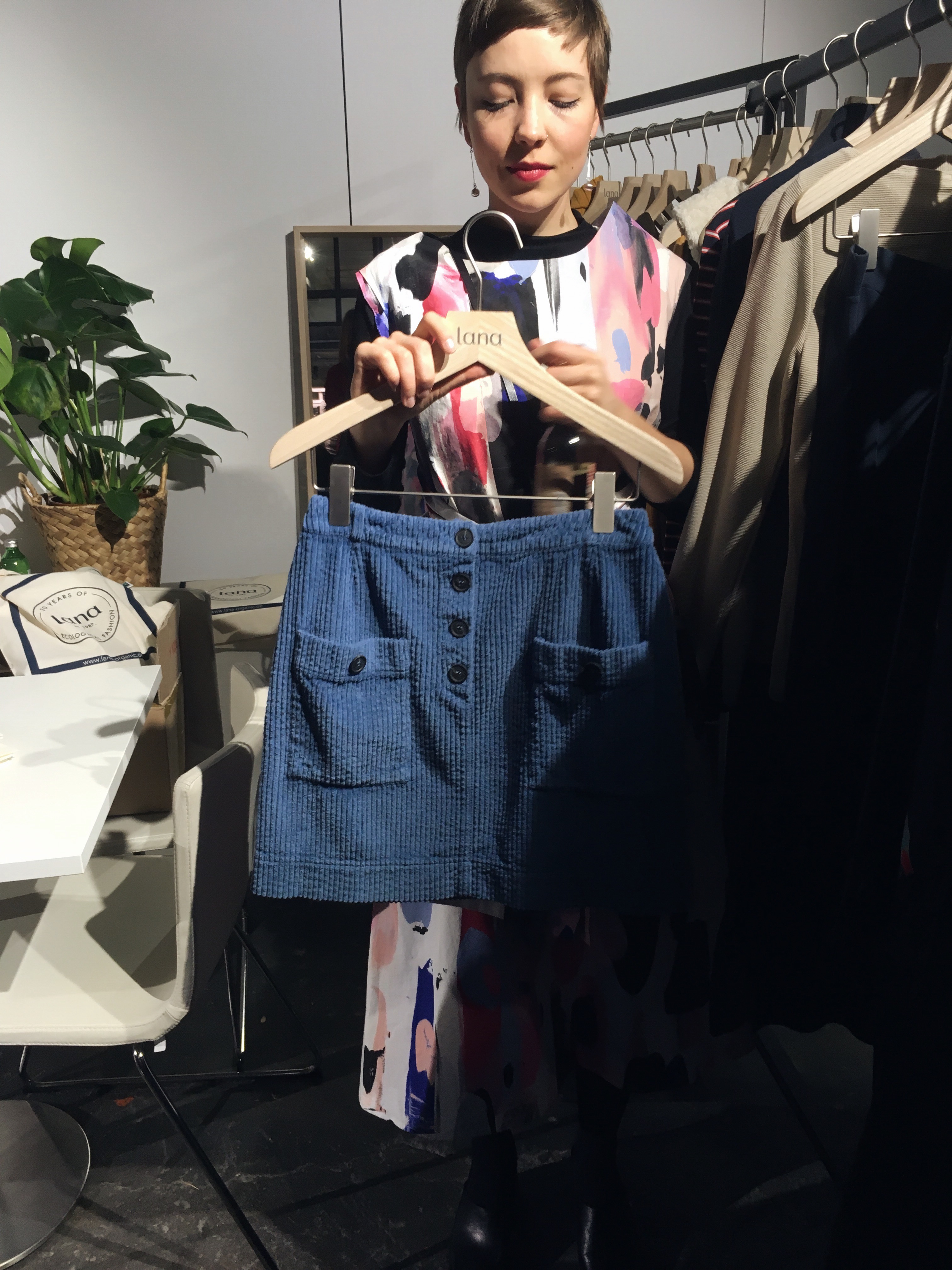 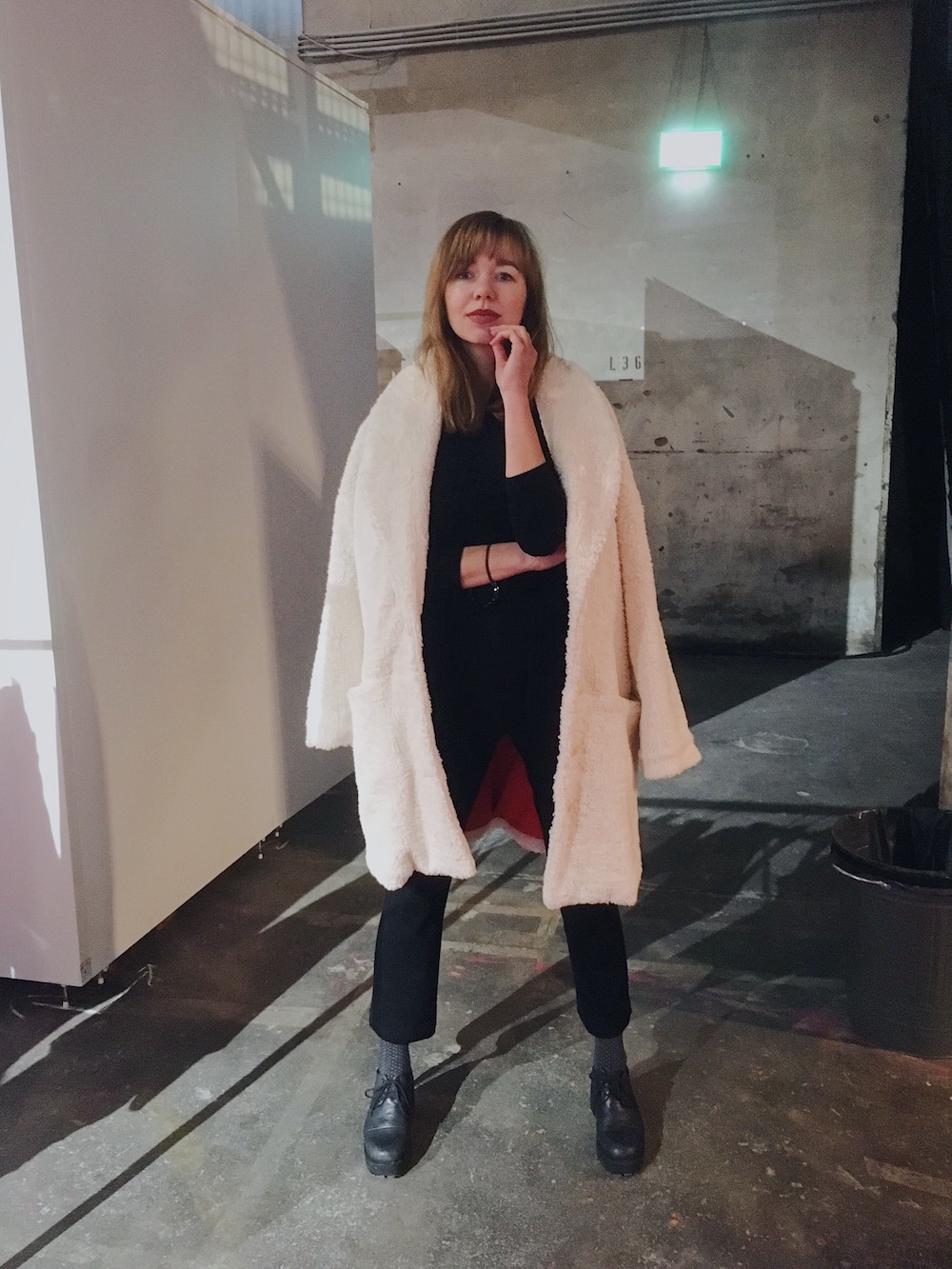 During this years Berlin Fashion Week we were working at the Fashion Changers Lounge, busy shooting the upcoming Spring/Summer and Fall/Winter collections and giving you style advice – see some of the results here!

In picture one Anna is wearing the wonderful new earring selection by Berlin based label Fremdformat. Picture two shows Esther dressed in a NIX Berlin twinpiece and a Moncinta Kimono. In picture 3 Anna wears Maria Seifert and a lana organic coat. And below? Well, of course we were hunting for treasures at the green showroom and the ethical fashion show, too. The curdory skirt is from the lana organic autumn 2018 collection, the teddy coat will be available at Jan n June this fall!

… and not to forget: 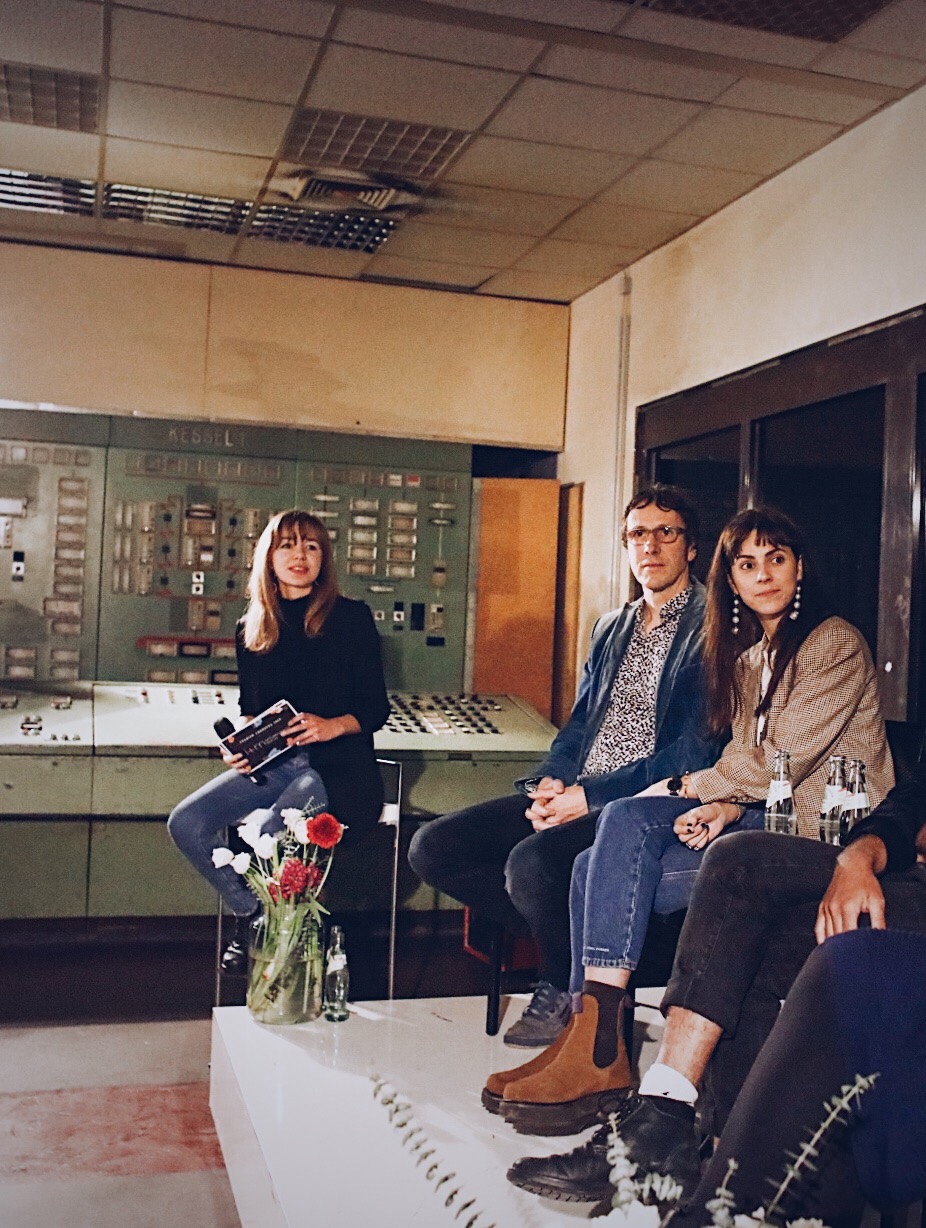 This year at the Greenshowroom, the Fashion Changers organised a panel talk in which they raised the question of »how much power there lies in consumerism«. And since Esther was taking over the moderation, we put quite a lot of thinking to this topic. The discussion was initiated to help figuring out if there was a shift from consumerism to prosumerism (prosumer = consumer who take part in the production) and how much power the consumer has while consuming.

The guests of the panel? Included a consumer researcher, production experts (i+m Naturkosmetik) and online blogging (This is Jane Wane and Viertel/Vor), which offered a distinguished overview on the different perspectives of consumer behaviour and influence and the actual communication between consumer and producer.

What we quickly realised, though? there was one party – and therefore one perspective -missing: the perspective of the politicians. Because, as much as the slowly growing community of green consumerism expands, it still isn’t even close to mainstream. The „sustainable aware“ consumers might demand their preferences, but the politicians are those who have to act. And sadly, by now it seems like they do not care. So after a lot of talking, wishing and wanting, we all together realised: it is us who have to get political. If we – the ones who do care – wereto be the future politicians, we could shift this system, that calls fair fashion the acceptance, to a system in which nothing but fair fashion is accepted. To be powerful consumers, the question maybe isn’t if we should be prosuming, the question should be how to get aware consumers to be politicians. So dear friends, lovers and consumers: lets get political. As Nike said: „There is no Fair Fashion Party Party!“ we all agreed: Let’s found it!

Listen to the whole panel talk on VIERTEL/VOR. And find another recap on This is Jane Wayne.

Behind the Zine
– fair fashion cosmos 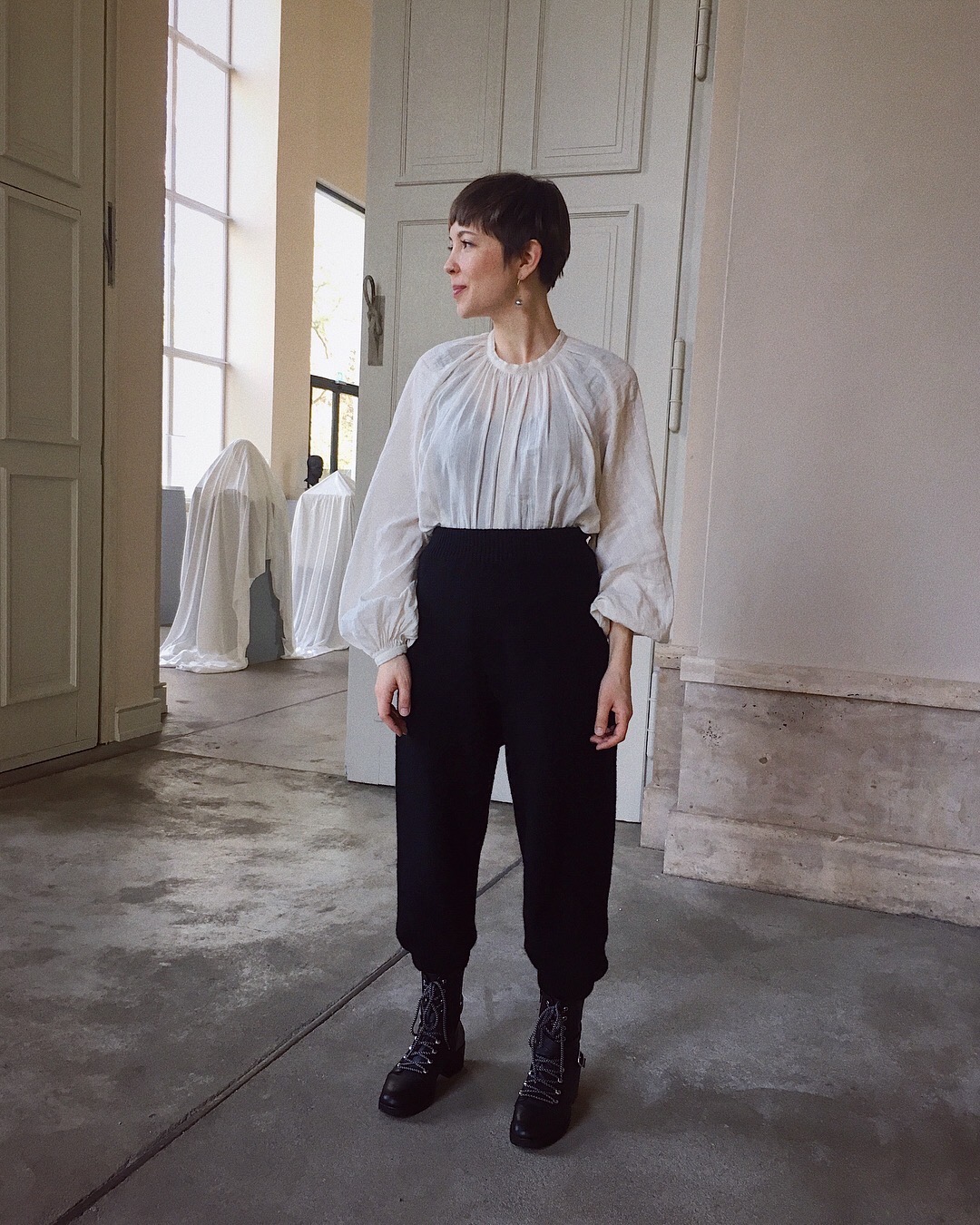 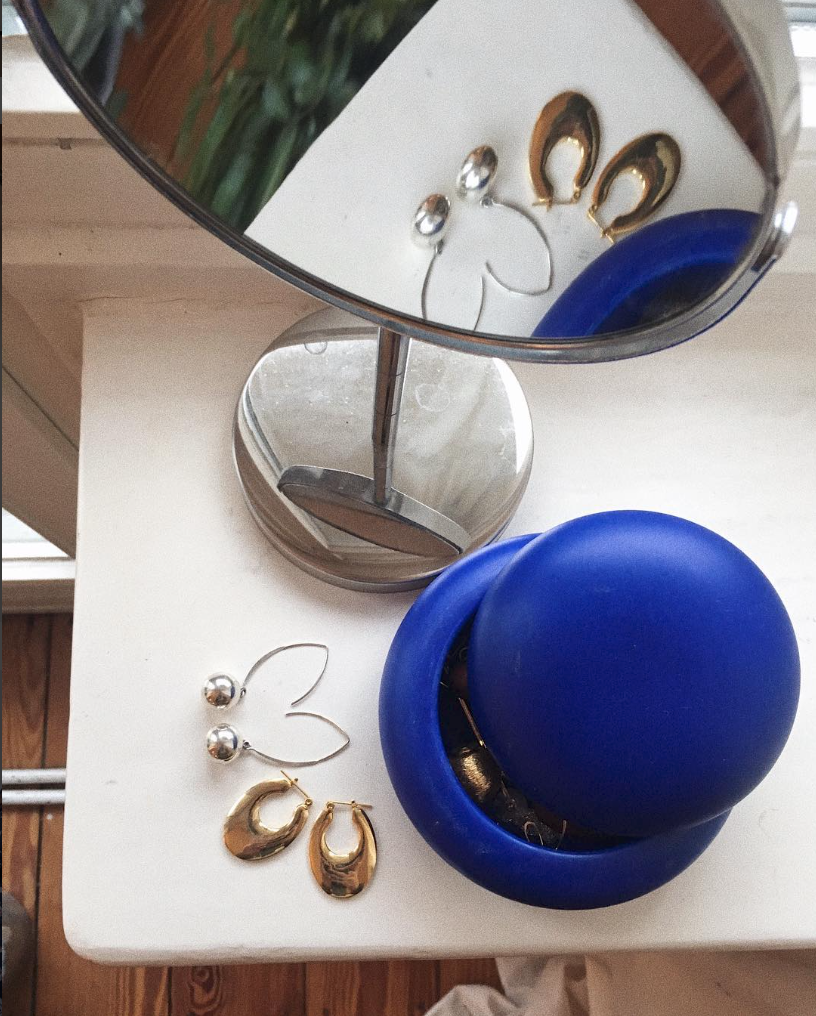 What else was happening in our fair fashion cosmos? Well at first there was the ongoing winter Pop Up by Kleiderei & friends in Hamburg – where we finally made it and tried on these beautiful VIU sunglasses pictured above. Then, Anna was on the road back and forth to Berlin, working on an exciting fair fashion project we hopefully will be able to tell you about, soon – surviving -7°C in woolen pants by french-danish label Baserange and fairly produced winter boots by London based label Miista. And then, there where some little things moving into our wardrobes, too, like the beautiful vintage earring selection by all-time-favourite vintage store Collection No.2. Find the online selection here.